In a time when we can manipulate any image to look the way we want it – how far is too far?  Whether it’s photography in big magazines getting flack for manipulating celebrities bodies on their covers, or Instagram users using  #nofilter to make sure you know they didn’t edit the image – there definitely is a lot controversy around editing photos.

There are photographers who decry the use of editing, stating that it ruins the purity of the craft.  Others think simple retouching is ok; adjusting contrast, saturation, etc to get the image to look as it did in the moment (cameras don’t always capture things the way our eyes see them).  And still further, there are those who embrace the digital medium and all its possibilities – they create composite images from multiple sources and let their imagination roam free.  But from the point of view of the public looking at those images, who is correct?

In my opinion, it really depends on where and how the image is being used.  I almost always do very slight adjustments to my photos, usually slightly changing the exposure or straightening out a horizon line.  And really, I do not see any issue with that being done, for any photo.  Those types of fixes aren’t changing anything in the scene, they are merely correctly any defects in the way the photo was shot, or adjusting for the shortcomings of the technologies used.

The ethics of further editing really depend on the goal of the image.  If you are photographing a wedding, or senior portraits, the goal of the photos are to capture memories and give the client something they are proud of and happy to share with others.  So do I think there’s a problem in fixing their blemishes, or whitening their teeth? Absolutely not!  But is it ok to manipulate their body, giving them the appearance of having shed many pounds?  Well then it really starts getting shaky.  Everyone that knows them will automatically recognize that the image was altered, and that’s where their attention will be.  Whereas, if we just touch up the small things, but leave the basic form intact – people will be focusing on how great the person looks.  And at the end, that’s the goal.  So further photo editing really be counter-productive to the goal.

Photojournalism probably needs to keep the purest images possible.  In photojournalism the photographers goal is to show what actually happened, what actually was; to represent the truth of what they saw.  Adjusting the exposure because, in the heat of the moment they were slightly off on their camera settings?  I don’t see a problem with it.  Adding in a person, building, or anything, that wasn’t there?  In journalism, that’s lying.  The photographers goal was to show what happened, and if they add or take away entire elements, they miss their goal entirely.  Their edited photograph would be unusable in any reputable publication and the photographers reputation would take a serious hit.

But what if I’m an artist, and my goal is to make a beautiful image? Can I add elements that weren’t in the photo, change the colors completely, have free range?  I think yes, as long as you’re not stating that these images are exactly as they were shot.  When a photographer showcases their work as art, people will look at the image as such.  Do we discredit Van Gough for not making Starry Night an accurate portrayal of how a night scene really looks?  Of course not.  And I don’t think we should do the same with photography when it’s presented as art either.  The photographer is an artist, and the computer can be their paintbrush.

Now what about magazines, billboards, advertisements – where do they fit in?  Their goal is to get us to buy what they’re selling.  But they also have some degree of responsibility to represent their products accurately.  The Federal Trade Commission monitors accuracy in advertising, but they are honestly mostly looking for cases of fraud when it relates to claims made about the performance of a product or service.  There aren’t yet any laws about too much editing done to a photograph.  Should there be?  That depends largely on your personal views, but if a photographer takes an image of a celebrity who just had a baby, and shaves 50 pounds off their image and the magazine is toting how amazing that celebrity’s post-baby body is…isn’t that lie?  And what effect does all this heavy image manipulation have on our society’s views of what is possible and expected where beauty are concerned?  Both men and women have a hard time dealing with reconciling what they see on the magazines, and what they see in real life, and why they can’t get the two to match.  I’m not saying there shouldn’t be any editing, I know if my photograph was on the cover of a national magazine I would want to cover up any unwanted wrinkles, ripples, or spots.  I would want to look my best.  But I think I’d still want to look like, well, me.

If you want to check out some pretty infamous photo editing scandals Complex.com has a good page on them here.

More articles on this topic 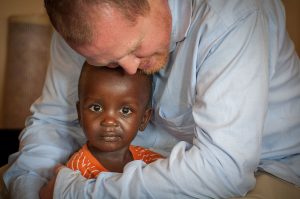 We want our company to be a force for good, locally and globally. To this end, we recently went over to Uganda, Africa to work on some projects that would benefit the His Grace Community Services orphanage in Kamuli. See what we did there… 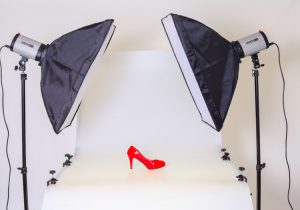 Make a Statement: Product Photography is a Big Deal

Isn’t it true that with the rise of the internet, along with increasing social media use, more and more people are turning away from reading?

Address:
Located behind the main building at The Anderson Center